Warning: count(): Parameter must be an array or an object that implements Countable in /home/u5fakhfbta6e/domains/moonphotoshop.com/html/wp-content/themes/yoo_sphere_wp/warp/systems/wordpress/helpers/system.php on line 61
 MOonPHOTOSHOP » A Beta-reader’s Adventure

On a shelf in the Photography section I found a book: Professional Photoshop by Dan Margulis… who’s this guy? I browsed through it and bought it simply because it seemed very different from any other book I’d read on the subject, and I’d read quite a few. I walked out of the store with a heavy bag which I dragged on until the evening.

When we got back to the Holiday Inn in Belgrave Road, I started to read. Five hours later, with dawn pushing at the window and red eyes, I was still there reading: it seemed that those pages contained all the answers to the problems I had faced for years, especially those connected to the predictability of the chromatic results of my works. It seemed, though, because I didn’t have Photshop with me to try things out. I concluded that the author was either a genius – or insane. When I got back home I set to work and it took me two days to decide that Margulis was not insane at all; on the contrary, he was the first author I had found who was really explaining things. 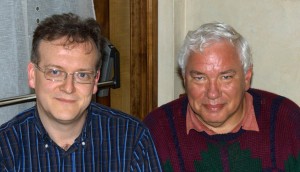 I sent him a “thank you” e-mail and he replied. Less than a year later he came to Italy and invited me to meet him; I reached him one evening near Cortina D’Ampezzo. At dinner, he took a paper towel and outlined all the passages of a new workflow he was working on. He had named it PPW, that is Picture Postcard Workflow. At the beginning I didn’t catch the fact that “Postcard” was not necessarily referred to vacation postcards, but to the noble paintings by Canaletto and his Venetian school, true masterpieces of color variation and tonal smoothness. It was in that occasion that I really decided to become a student of his. I would go to the US, no problem, but the first Italian course arrived about a year later in the by now legendary location of Corciano, organized by Alessandro Bernardi‘s PS School. The rest of the story is well-known.

Sooner or later I’ll write an article on the PPW’s basic principles, but not now. Today, what I want to write about is my experience as a beta-reader of the book, which got me involved for months between last year and the beginning of 2013. I would like to tell you how it happened.

PPW was born in 2007 and it has run fast ever since, constantly evolving and often changing shape over the years, as any workflow really based on the desire to research and expand current horizons. So it happened that in the summer of 2011, almost without noticing, I found myself collaborating with the team who was putting together the Photoshop panel which should support the workflow. The panel was born from actions conceived by Dan which Giuliana Abbiati had encoded and enhanced with her amazing scripting abilities. Alessandro Bernardi had righteously decided to support it also because his PPW video-course, which involved Margulis himself, was just about to be released (by the way, it’s just been just upgraded). For me it all began with an e-mail by Dan who, out of the blue, asked me whether I was available to write something on the Helmholtz-Kohlrausch effect for the documentation of the PPW panel: I knew what H-K was, but I thought that writing an article which would later be presented by him in front of the international audience of Photoshop World in September was a bit of a responsibility. I objected that I didn’t know very much about the subject, and his reply was that I was in good company: «nobody knows very much about the subject – so why don’t you write about it?» Adorable American pragmatism: it’s useful, at times.

In a nutshell, here’s why in the panel documentation you may find an article from yours truly. I also helped out with the translation of some of Alessandro’s articles: it was an intense and sometime demanding job, but extremely positive nonetheless. Once more, after it was done, I thought that my direct involvement in the PPW would end there.

Come May 2012, though, we were informed that Dan was planning to write a book on the subject. I was glad to hear this because nothing new had appeared in that field for five years. Less than two months later I was called into the beta-readers’ group, that is the twelve people who had the honour and the task to iron out the text, the ideas and the method. Italy was represented also by Alessandro Bernardi, with Daniele Di Stanio in charge of the complex logistics of a group scattered all over the place between Australia and North America. Italy is certainly the nation where Margulis has gathered more followers in recent times, thanks to the work of everyone in the group which was born and grew around the first Italian classes. 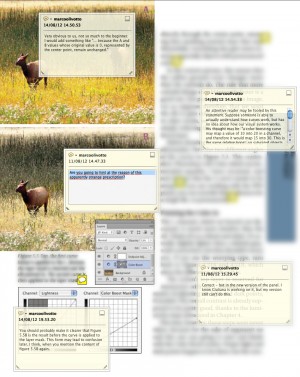 Notes, thoughts, suggestions – and quite a few jokes…

I discovered that beta-reading such a book can be a demanding task, also because Dan certainly doesn’t put himself on a soapbox. If one has something to say, even critical, even ferocious, he says it – period. No, he has to say it. Incredible as this may sound, objections are always taken into account. Around the end of the work, for instance, I and Alessandro found ourselves against everybody else while evaluating a certain image. There was a virtual showdown, intense but amusing, always with great mutual respect – but without beating about the bush. From my own point of view it was an unforgettable learning experience; I think I spent more than a hundred hours commenting each section, looking for mistakes, asking myself whether some passages were clear or not, and redoing corrections one by one in order to fully understand the reason for certain choices. The same, and possibly even more, did my eleven mates along the way. I was nevertheless surprised and touched when I saw my name cited six times in the index along with those of other beta-readers. I even had the honour of seeing a technique I worked out to visualize the areas affected by the Blend if sliders in the Layer styles windows in Photoshop, mentioned along with my name.

Ten days ago I finally received the book straight from Dan’s hands and I was sincerely moved. The contents of the pdf were similar: but a book is something different. It is a heavy object you carry with you, liable to be left open when you fall asleep and which calls you back for more. 450 pages of techniques and considerations, theoretical and pratical, on which direction color correction in Photoshop is taking at the beginning of this century, enhanced by a panel which seemingly works wonders, but which actually succeeds because it contains practically everything that is known in the field today: in all honesty, I don’t think I could have found myself in a better place than this book, as far as the subject I love and teach is concerned. And I certainly wouldn’t have thought that I’d end up working for the first book released after my discovery in London six years before. Even less that I would be cited there along with my courses – which wouldn’t exist hadn’t it been for Dan. 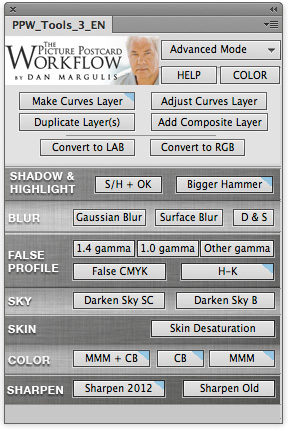 The all-Italian PPW panel in its latest incarnation (V3).

This book is actually a lot more: it is a book 2.0, if you want. First, there’s the panel. Then there is a dedicated website which Daniele Di Stanio put together, offering no less than ten hours of instructional videos on all the main subjects, one of which is mine; the others were made by Dan and Alessandro Bernardi. On the website you may buy the book, download the panel, read the blog, see the support videos. In the last one, the four of us appear (including Giuliana Abbiati) in an interesting exam of different facets of the PPW, including the one about how to teach the subject. The videos are in English, because the project is international, but an Italian version of my video on Apply Image was made on purpose and is available on Daniele Di Stanio’s blog – Albero del Colore – for anyone who ever came to my classes or is subscribed  to Daniele’s lab. Davide Barranca recently issued interviews to Alessandro, Daniele and me, along with some considerations by Dan himself: they’re in English and you can read them here. 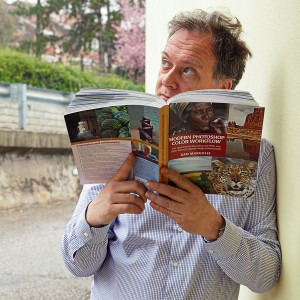 Pale colors and rain when springtime should be here, instead. The PPW may set them right.

The book defines a color workflow almost from scratch, different from the canonical one we’ve used for a few years. Yet the underlying principles are the same; actually, they’ve been explored more in depth with a constant attention to the unavoidable problem of perception. This doesn’t wipe off any of the past techniques, but suggests an alternate workflow aimed at speed and quality. I would personally recommend it both to those who already know the traditional techniques and those who approach color correction in Photoshop for the first time. I am almost sure it will become a classic, like the previous books: and I won’t ever thank Dan enough (and my destiny, as well) for finding myself near the track as the train was approaching – and it indeed stopped by me. But believe me: read it, and you won’t regret it.

Finally: Dan, back in 2009, called me “a Renaissance man”. I believe I’ve been a devoted follower. Courageous leader? I have no idea. Inveterate innovator? I hope so. But, much more than this, what I feel close to my heart is those three words falling after the last comma, which I’ll carry with me forever: “and great friend.” With a period at the end. That is, there are things which don’t need arguing.

Thanks for everything Dan, you – friend of mine. 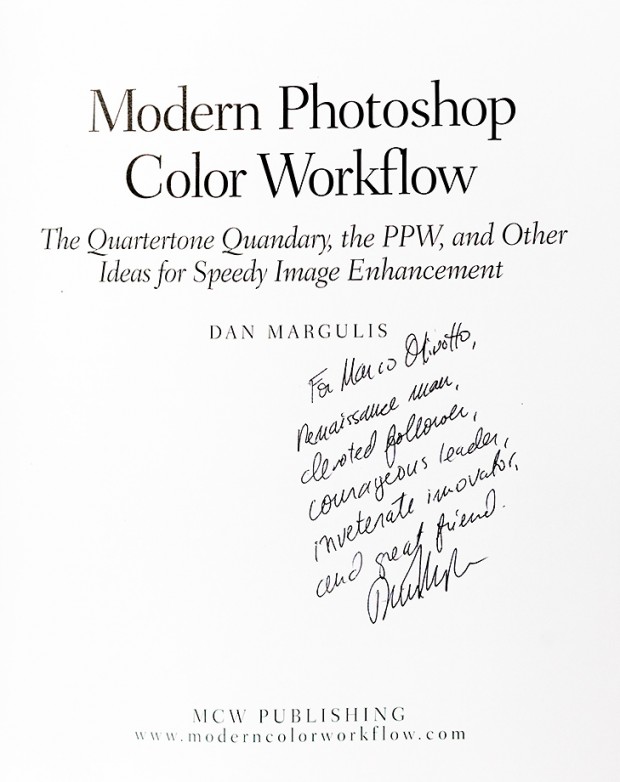